Next Move Games has announced a new game in the Azul series on their website named Azul: Summer Pavilion. In this new tile-laying game you will collect tiles from the marketplace and try to position them on your own play board just like the original game. But, now there are many more ways to collect points and create great works of art.

Just like the original Azul, the game starts by placing tiles randomly on coasters in the middle of the table. One by one the players may now take all tiles of a single color of one of these coasters and, if possible, place those tiles on their own player board. The biggest difference with its predecessor is that the tiles are now diamond-shaped. This expands the many ways in which the tiles can be placed on your board and encourages the need to puzzle and think ahead. Because now you don't only get points for completing parts of your board, but also by gettings pre-defined sets of colors and completing actions.

The game is currently only available as a pre-order on the website of Next Move Games and the shipping should be in September of this year. But let's hope the game also arrives at our favorite board game retailers. 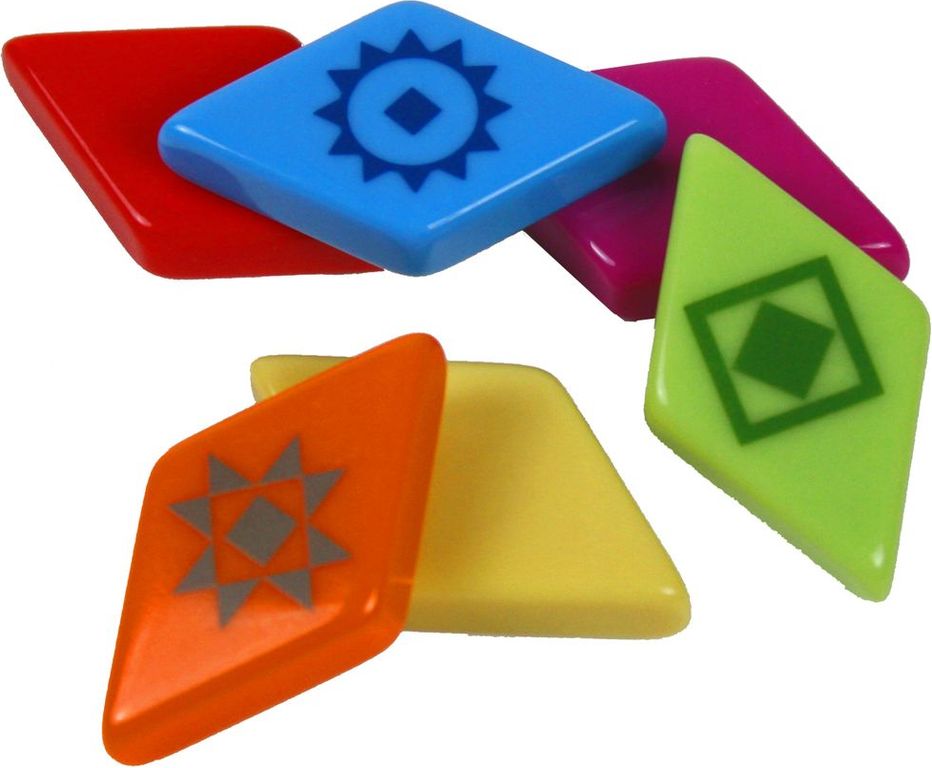